Welcome to Bladelius, We are specialized in the design of high-performance audio and video equipment on a global basis.

"As he says, he was always interested in electronics and music. He started very early, because he designed and built his first working amplifier when he was thirteen. Life changed for him when, after graduating from high school and before starting technical university, he went to visit friends in Sacramento, California. While being there he found courage and called Nelson Pass, already well-known and respected designer.

At that time, in 1988, his guru was working at THRESHOLD, which he had once founded. Even then, that is, before establishing his own company Pass Audio, he was known in audio world, and his name was mentioned along with other "great" ones, such as Mark Levinson, Dan D'Agostino, or William Z. Johnson. Pass must have seen something in the young Swede, because he first invited him for an interview, and shortly after Bladelius returned to Sweden, he called him with a job offer.

Our hero did not think long and accepted the offer, then moved to California. He also suspended his education and finished it in the USA, using help of the Swedish consulate. To succeed, he had to prove that he did not take up any work in the USA. The Threshold lawyer helped him to "manage" the situation. To receive the green card, Bladelius wrote a paper on audio amplifiers. The pass – so to speak – to his stay in the US was the doctorate he received for this paper.

At the time Michael was working in Threshold, the company underwent ownership changes and was sold to Dynatech in 1988, and Nelson Pass left it in 1991. Mike Bladelius became the head of the design office at that time. Under his leadership, the T2 preamplifier and the T-200 amplifier were developed that for many years were recommended components of the “Stereophile” magazine, in the top "class A”.

In 1994, he started self-employment and was hired by various companies as a consultant. In 1994 and1995 he designed devices for the Classé Audio as well as for the ULTRA ANALOG. And the Ultra Analog was an external company that worked for the giants of the high-end world, in addition to the already known to us Threshold and Classé, also for Mark Levinson, designing digital-to-analog converters.

The path to running his own company also led through cooperation. Already while working for Threshold, he received a proposal from Werner Barden, a German distributor of high-end brands (Audio Research, Nelson Pass, ProAc, Wadia, Threshold), with whom he designed a prototype of a CD player. It worked out quite well and the gentlemen decided to operate on a larger scale by establishing a company named ADVANTAGE. The division of roles was simple - Michael designed the equipment and Werner sold it. After several years, the distribution business of Bladelius partner began to bear losses, as a result the Advantage company had to be closed quickly.

In 1997, the Bladelius company was founded. At the center of its activity are audio amplifiers, but there are also some other devices, such as the Gondul multi-format player, and now Embla - a audio files player with a CD transport. The most important products in brand’s history were: the scalable - from two to five channels, Grendel power amplifier, Beowulf monoblocks and the Ymer amplifier. Olle Mårtensson, the owner of a chain of audio stores in Sweden, distributes Bladelius devices.

Let's add that Mike produced several devices under the brand SAT (Swedish Audio Technology) and that during designing and listening sessions he uses different music, but his favorite is Bruce Springsteen and his song titled The Ghost of Tom Joad." 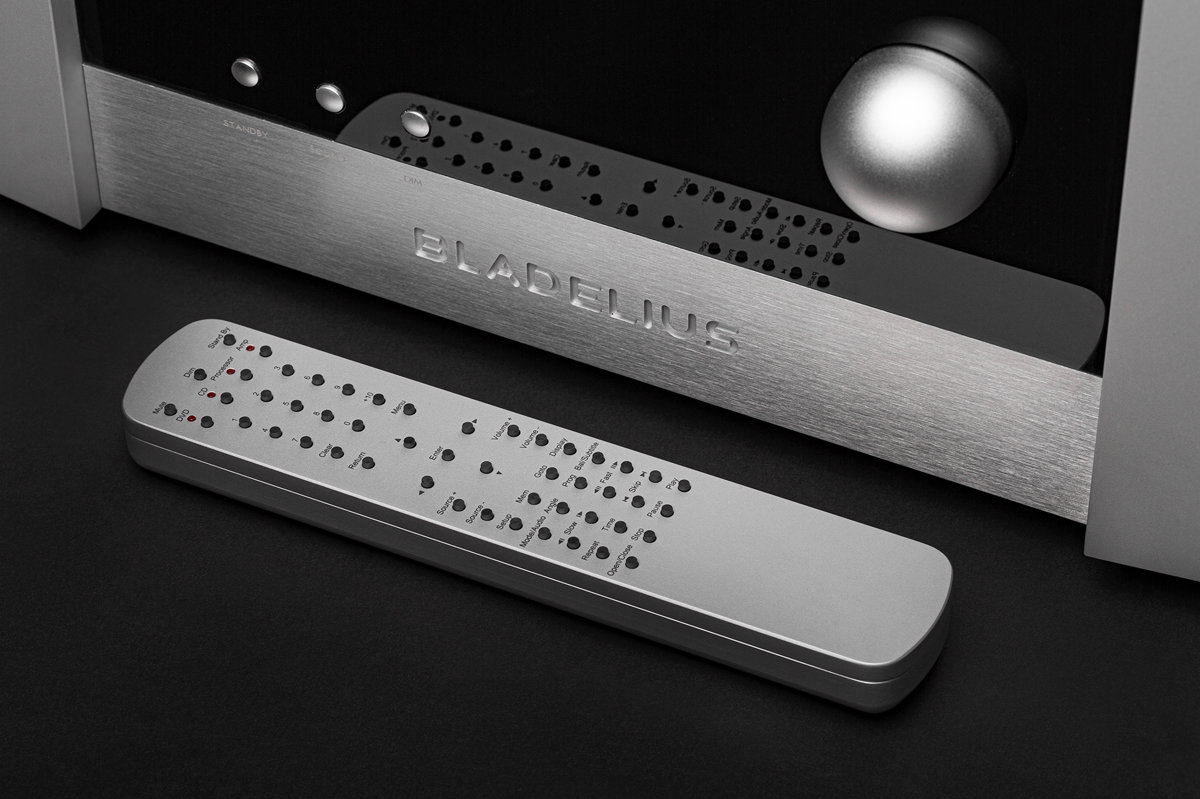